Amid the clamor of war, a young man’s heart pounds as if bursting through his chest. Every nerve is alight as he faces the seeming life-or-death struggle.  With an eye on the far ridge—dotted by hideous man-creatures, he moves left to escape, crunching across a sea of human skulls.  Suddenly, an axe-wielding gorgon leaps from behind a rock.  He reaches out to block the attack, feeling the monster’s sinewy, blood-hot throat in his hands.

Just then, his mother calls from the top of the basement stairs.  It’s dinnertime. The epic battle will have to wait for Mom’s mac and cheese.

Welcome to the world of virtual reality, or VR, where we’re all just moments away from being transported from our apparently wan everyday lives to exciting, hyper-real experiences.  You just need the right gear.  Now used largely for entertainment, VR holds enormous potential in many fields of endeavor.  IMO, it is also a marketer’s dream.

Consumers gear up—and bliss out
For those not familiar with it, virtual reality creates artificial sensory experiences—through sight, touch, hearing, even smell—using special headsets, gloves and other sensors either attached or external to the body.  These are fed by a computer or computing device like a Sony PlayStation or, more minimally, a smartphone.

In their quest to achieve these otherworldly experiences, consumers can spend anywhere from a few bucks to a small fortune. 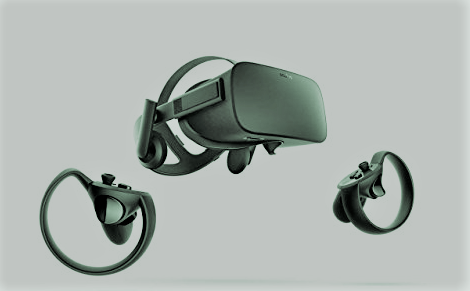 At the low end, there’s Google Cardboard—essentially a piece of folded cardboard with some cheap embedded lenses.  Spend $15, stick your Android phone inside, slap it up to your face, and surround yourself with silverback gorillas in the Congo on YouTube, or hop onstage with Jack White via Jaunt VR.  Got $99 and a recent Samsung phone?  Samsung’s Gear VR is a big step up.  Its sensors are more sophisticated than Google’s; and it is much more comfortable to wear.

From there, consumers will need to shell out hundreds of dollars for systems such as the Oculus Rift ($599) or HTC Vive ($799), get their hands on a full-blown gaming PC/device, and might end up looking like an astronaut training for a trip to Mars, what with all the hardware.  Commercial applications can run into the thousands.

Making the mind-body connection
While the entertainment aspects of VR are capturing everyone’s attention, the roots of the technology are less about fun and more about education.  Flight simulators were among the first virtual reality applications in existence, using visual (sight), aural (sound) and haptic (touch) feedback to help pilots master the dynamic challenges of commercial flight.

For decades, airlines have made the multimillion-dollar investments needed for these machines for one reason: unlike one-dimensional class lectures, instructional videos or textbooks, training pilots through a multisensory experience is much more effective and long-lasting.

According to Jeremy Bailenson, founding director of Stanford University’s Virtual Human Interaction Lab, “We’re showing that parts of the brain that light up [when a person has a real-life experience] also light up when one has the same experience in virtual reality.”

With that kind of mind-body connection, VR has the potential not just to entertain but enrich aspects of education, psychology, medicine, design and many more.  In fact, VR has already been employed to help people “live” the horrors of Auschwitz, to see what it’s like being stopped by the police for DWB (Driving While Black), to help rehabilitate stroke victims, or as a training device for surgeons.

As Robert Persig said in his iconic book Zen and the Art of Motorcycle Maintenance, with VR “you’re in the scene, not just watching it.”  Thus, virtual reality creates a greater sense of interest, involvement, empathy and belonging—music to the ears of any marketer.

Engage, wow and win them over
The emergence of VR coincides with another propitious development: the rise of Millennials as the world’s largest consumer group.  Suspicious of traditional marketing tactics that blare the brand and make airy claims, this cohort is harder to woo.  Yet once they buy in they’re typically willing to engage at a far deeper and more enthusiastic level than, say, Boomers.

The marketer’s mind reels at the possibilities. 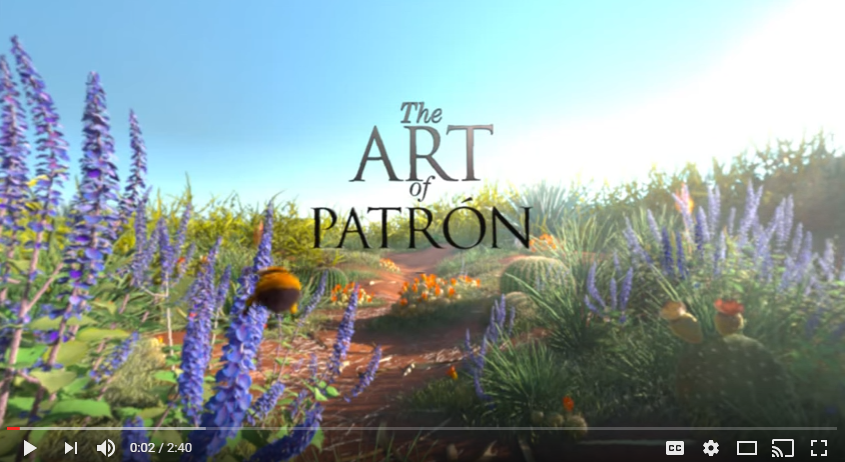 The Art of Patron VR 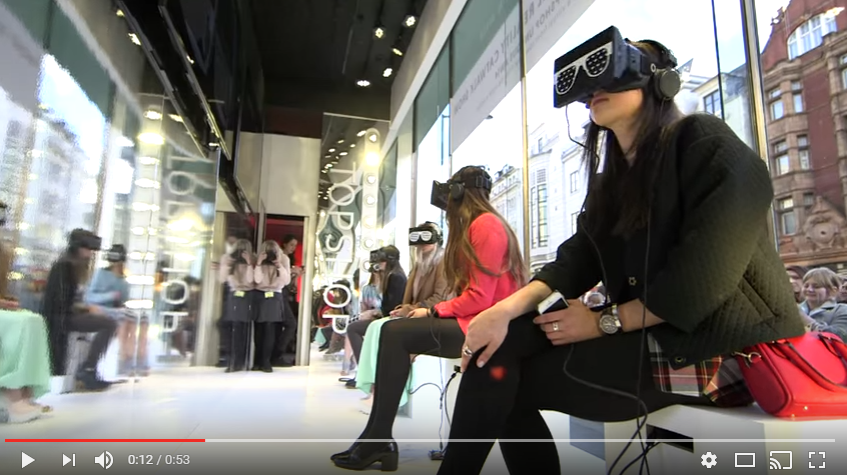 Creating an out-of-brand experience
Perhaps the greatest marketing potential for VR lies in the ability to elevate the brand beyond its ostensible product and service offerings.  Merrell did a great job of this with their VR experience called Trailscape, which takes participants on a treacherous mountain hike complete with rickety wooden bridges and thundering rockslides.  Thus, Merrell becomes not merely a shoemaker but an outfitter for awesome adventures.

Marriott did the same with their virtual travel Teleporter, which whisks folks off to exotic locales—places where, not shockingly, the company offers luxury accommodations.  Presto!  Marriott seems less an off-white hotel chain popular with businesspeople and more a catalyst for consumers’ wanderlust. 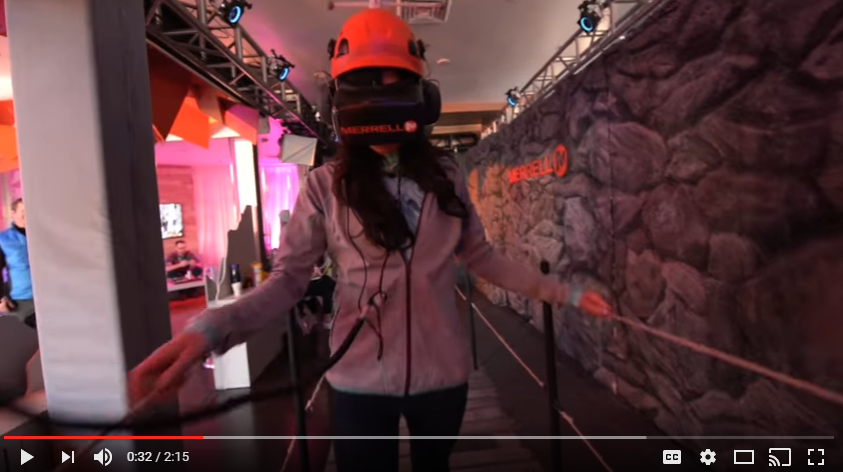 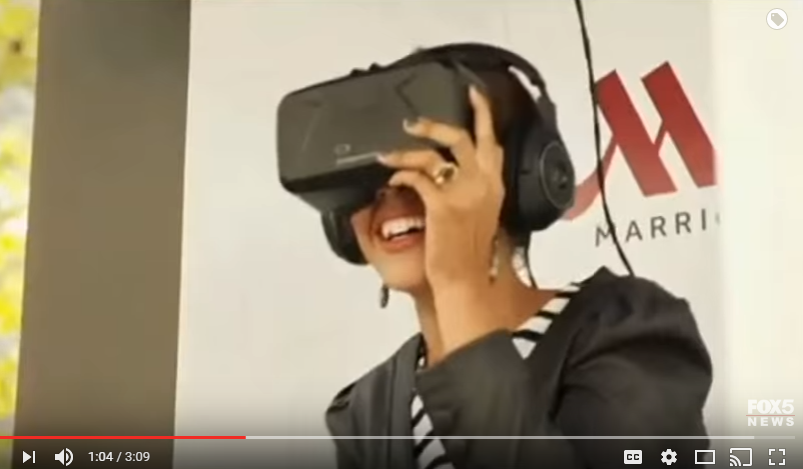 Getting to McVR
For all its allure and potential, right now VR marketing can be beyond the means of many companies.  A few of the examples cited here involve expensive one-off initiatives with budgets veering into six figures when you tally creative development, production, hardware and deployment costs.

Of course, those costs will go down over time as the technology sees widespread adoption.  On the consumer side, though, for VR to become more than a mere novelty most experts agree that the smartphone not a pricy gaming PC must become the preferred way to serve up the content.  Headsets and other gear will need to become more affordable and stylish, too.

Even so, McDonald’s successfully tested a very interesting, inexpensive and egalitarian idea in Sweden with Happy Goggles—essentially adding their secret sauce to the Cardboard concept by letting customers turn a Happy Meal box into a virtual reality device.  You could call it McVR. 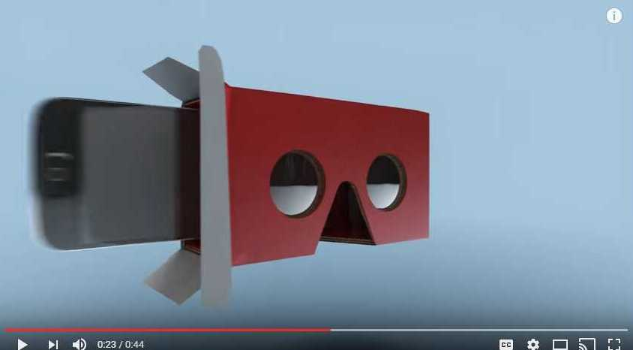 Brands say, “See me, feel me, touch me.”
Today’s consumers have a million choices when it comes to brands and entertainment, and are becoming more discriminating by the minute.  Giving them the chance to strap in and bliss out on your brand through VR is a great way to satisfy those demands, while putting actual, considerable distance between you and the competition.

You’ve got the budget, charged your marketing team and are ready to execute. Your tactics and analytics are solid, and you’ve honed your audience down to wafer-thin segments. Great. You’ve...

Don’t Look at Facebook, Look at the Face in the Mirror

In December of 2010, struggling to find work and support his family, Mohamed Bouazizi started selling fruit at a modest Tunisian roadside stand. When his wares were seized by a municipal...

Amid the clamor of war, a young man’s heart pounds as if bursting through his chest. Every nerve is alight as he faces the seeming life-or-death struggle.  With an eye...